Rural Women at the UN

The Commission on the Status of Women (CSW), part of the United Nations Economic and Social Council (ECOSOC), was established in 1946 to promote women's rights around the world.

CSW monitors the implementation of the Beijing Declaration and Platform for Action, works to mainstream a gender perspective in UN activities and endorses progress toward the Sustainable Development Goals, as part of realizing gender equality and the empowerment of women.

During the annual two-week session of CSW representatives of UN Member States, there are "parallel events", organized by Non Governmental Organizations (NGOs) like the Rural Development Leadership Network. We organize a panel on the CSW theme for the session, presenting the perspectives of diverse grassroots rural women on that topic.

Adapting the theme of the CSW gathering this year, RDLN's topic was "Women's Empowerment: Perspectives of Grassroots U.S. Rural Women." The diverse panel of rural leaders is listed below, with their affiliation and a video of their presentation. We were honored to have open the session with a song, recognizing the indigenous roots of this area. 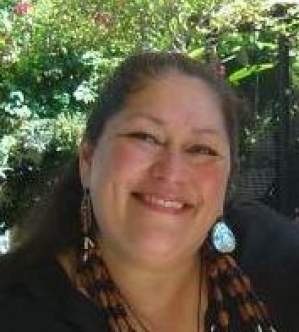 Panel Opening/Singing
The Honorable Deborah Sanchez (Chumash, O'odham and Raramuri), (singer), Native American studies faculty, judge of the Superior Court of Los Angeles County in California, and Board Secretary/Treasurer of the Seventh Generation Fund. She has worked to maintain the annual ceremony of the Chumash crossing the ocean channel, in their traditional canoe from the mainland to Limuw (also known as Santa Cruz Island).